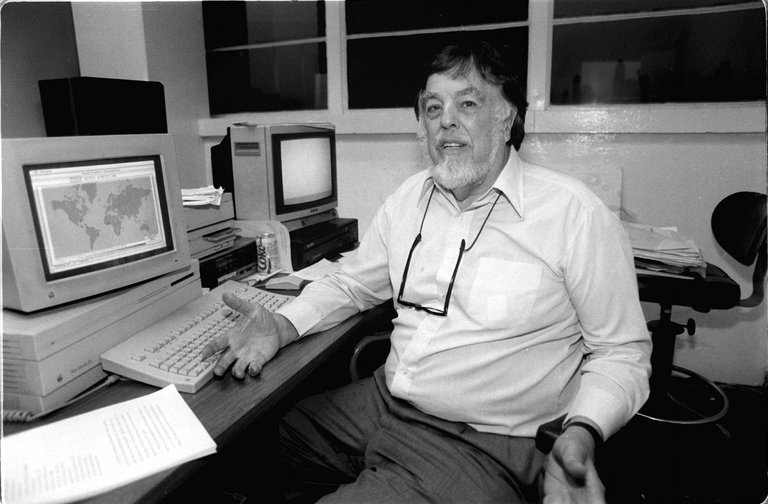 Alan Lomax made it his lifelong mission to archive and share traditional music from around the world. He spent decades in the field, recording heralded artists like Muddy Waters and Woody Guthrie, as well as far more obscure musicians, from the British Isles to Haiti. He also created systems to classify this music and explore the links between cultures.

Lomax died in 2002, but the organization he founded, the Association for Cultural Equity (ACE), is hoping to further his research with the Global Jukebox, a new online database. The project, an interactive website, allows users to listen to and learn about more than 6,000 songs from 1,000 cultures — including many from Lomax’s personal collection.

The website, organized by map and by culture, is free to use. The wide-ranging samples were digitized from hard copies at the Library of Congress and include 1978 field recordings from the Kullu culture in Himachal Pradesh, India; harvest songs from 1954 Romania; and a ballad to John Henry from Asheville, N.C., in 1941, recorded by Lomax.

Lomax envisioned this sort of database as computer technology progressed in the 1980s. He began work on a “global jukebox” to store thousands of songs and dances, cross-referenced with anthropological data. “The modern computer with all its various gadgets and wonderful electronic facilities now makes it possible to preserve and reinvigorate all the cultural richness of mankind,” he said in a 1991 interview with CBS.

The Global Jukebox places a large emphasis on analyzing these samples through cantrometrics, a system that Lomax fastidiously developed to break down music into variables like tonal blend, melodic range and social organization of vocal lines.

“The project was very ambitious for the point in time that Alan was working in,” Kathleen Rivera, a research associate for ACE, said in an interview. “He was poring over these punch cards and computing systems for entire days. His vision couldn’t match the technology that he had at the time. Today, we have the system that can make it all very clear for people.”

ACE has been digitizing Lomax’s collection over the years. In 2012, the association created the ACE Online Archives, which contain 17,000 free songs. And it will continue the digitization process: Anna Lomax Wood, Lomax’s daughter and the organization’s president, said that many more recordings — and corresponding analyses — are to be released onto the website in the years to come.